Home Blog NFT How are NFTs Reshaping the Gaming Industry in 5 Possible Ways?

How are NFTs Reshaping the Gaming Industry in 5 Possible Ways?

Blockchain enabled-games are decentralized applications that generate value for players. Players can seize the utility and value of assets through in-game purchases, gameplay arenas, or promotional events through Blockchain games.

These in-game NFTs can be purchased through advanced NFT marketplaces like XANALIA. XANALIA allows users to launch their in-game NFTs for purchase and is linked with a leading trading card game NFT Duel. Users can buy their NFT cards from XANALIA, upgrade their powers within the game, and can resale them at a higher value.

The Evolution of NFTs in the Gaming Space

NFT games are reshaping the gaming industry by providing a new way to make money. NFT games are so popular among gamers: they let you play your favorite games while earning money from doing something you love. With the ability to create and sell virtual goods, NFT games are becoming increasingly popular as a way for players to customize their characters and game experience. Players can now create weapons and armor or even create entire worlds for others to play in.

NFTs can be generated and deployed in multiple gaming environments with the help of the underlying blockchain network. Blockchain-enabled games can expand gaming economies, introduce new gaming categories, and fuel new game development.

How are NFTs Reshaping the Gaming Space in 5 Ways?

NFTs in gaming grant ownership of the in-game assets to the players. Players can further save in-game purchases, sell them to other players, or transfer them to other supported games. The underlying blockchain network of NFTs proves the scarcity of in-game NFTs as they embed immutable records on the network. In recent years, games have increasingly focused on interacting with players through digital currency. Gamers can create their in-game items and sell them on an NFT marketplace like XANALIA. Not only can this give you an advantage over other players, but it also helps to keep the game’s economy running smoothly by rewarding players for their time spent playing.

This is where NFTs come in—they allow players to sell their items for real money without having to leave the game world behind. It’s a win-win situation for both sides: the player gets extra cash, and the game developer gets more revenue from selling their in-game items for real currency! 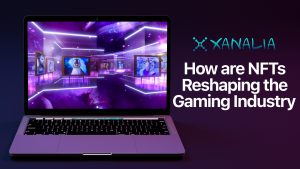 For example, armor purchased by the player in a traditional game will allow experiencing improvised gameplay within that game. But, in the games that use Non-fungible tokens, the same armor can be tokenized and used as transferable assets to enjoy the benefits of interconnected games or exchanged for money or any other digital assets.

Let’s understand how NFTs are reshaping the gaming industry in 5 ways:

Decentralized games are built on independent blockchains, where the games that use NFTs can be interoperable across various ecosystems. NFTs are represented independently of a specific game, so there are no chances that the user will lose any of their purchases when a game is shut down.

With NFTs in the gaming industry, users can have a unique identity that will be pegged to users’ accounts as long as they own them. Users can securely store their assets as NFTs use blockchain technology. As mentioned, users can monetize their digital assets and trade them on NFT marketplaces in exchange for crypto or fiat.

Most play-to-earn games also offer in-game crypto rewards that can be fired for passive income, ensuring that active players are financially rewarded for their engagement. Play to Earn model, or NFT games, introduce a user-driven economy designed for gaming enthusiasts that bridge the gap between virtual space and reality.

Rewards for game-earning activities are simple, ranging from in-game assets such as tools and weapons. And financial rewards such as cryptocurrency and tokenizable assets sold as non-fungible tokens (NFTs). It can be done if you are interested in learning more, keep reading to learn about the different ways you can use games to earn money.

Own Virtual Assets in Gaming

Play to Earn lets gamers own their assets and add value through your specific in-game activities, such as creating, unlocking upgrades, purchasing items, etc. By participating in the game economy, players generate value for the community and the developers. NFT Games allow players to gain 100% ownership of these game NFT assets. Like traditional gaming, players can use their in-game assets to breed new creatures, level up, and take the lead in PVP combat. However, unlike conventional gaming, as players upgrade their roles, they can sell and trade their in-game assets on the market as NFTs.

The basic concept behind the play-to-earn model is creating, buying, and selling assets in the game as NFTs. The most famous examples would be NFT-based games that allow consumers to buy, sell and trade NFT collection items on gaming markets, such as manufactured weapons, cosmetic items, and power-ups.

NFT games create an open economy and ensure that players who value the game are rewarded through in-game rewards or financially through cryptocurrencies. As the popularity of NFT-based games increases, so will the value of primary NFT in-game characters and assets, which encourages players to actively engage with the game in exchange for more attractive prizes.

The Future of NFTs in Gaming

The world has been waiting for a new gaming platform to rival the massive market of Fortnite, PUBG, and Dota 2. The technology needed to make that possible is here—and it’s just as exciting as it sounds.

NFTs are already popping up in games like NFT Duel, where players can purchase NFT trading cards with crypto tokens. But what if you could own an entire character from the game? Or maybe even a whole set of armor? That’s precisely what’s possible with NFTs.

NFTs live on the blockchain, which means they’re secure and transparent. They also allow for more complex transactions than traditional currencies like dollars or euros because blockchain technology links them to each other.

But NFTs aren’t just limited to games—they can also be used by businesses to create custom products (or even entire stores), or by developers who want to build their games without having to worry about creating assets or programming code.

NFT games allow users to create value through gaming activity. Each game uses different mechanics to earn money during playing game. Some will require an initial investment, and many others are free to play. The reward could be an increase in the value of a cryptocurrency, an NFT, or a pre-purchased NFT. Overall, monetized games do what traditional video games do not: reward players for their efforts and time spent in the game. 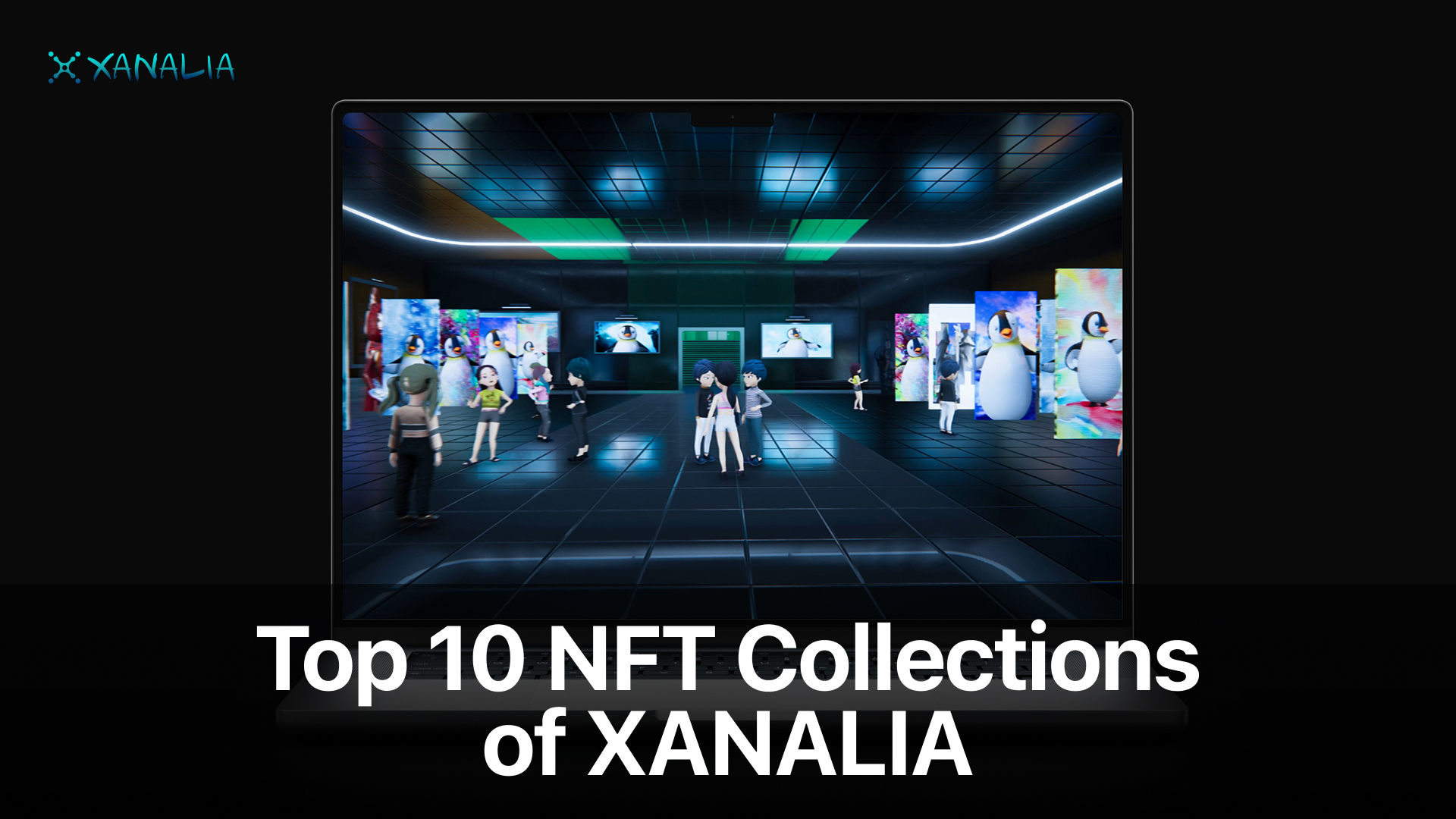 There are many exciting NFT projects to follow in 2022. The NFT market continues to grow, resulting in…
byAamir Ilyas
No comments 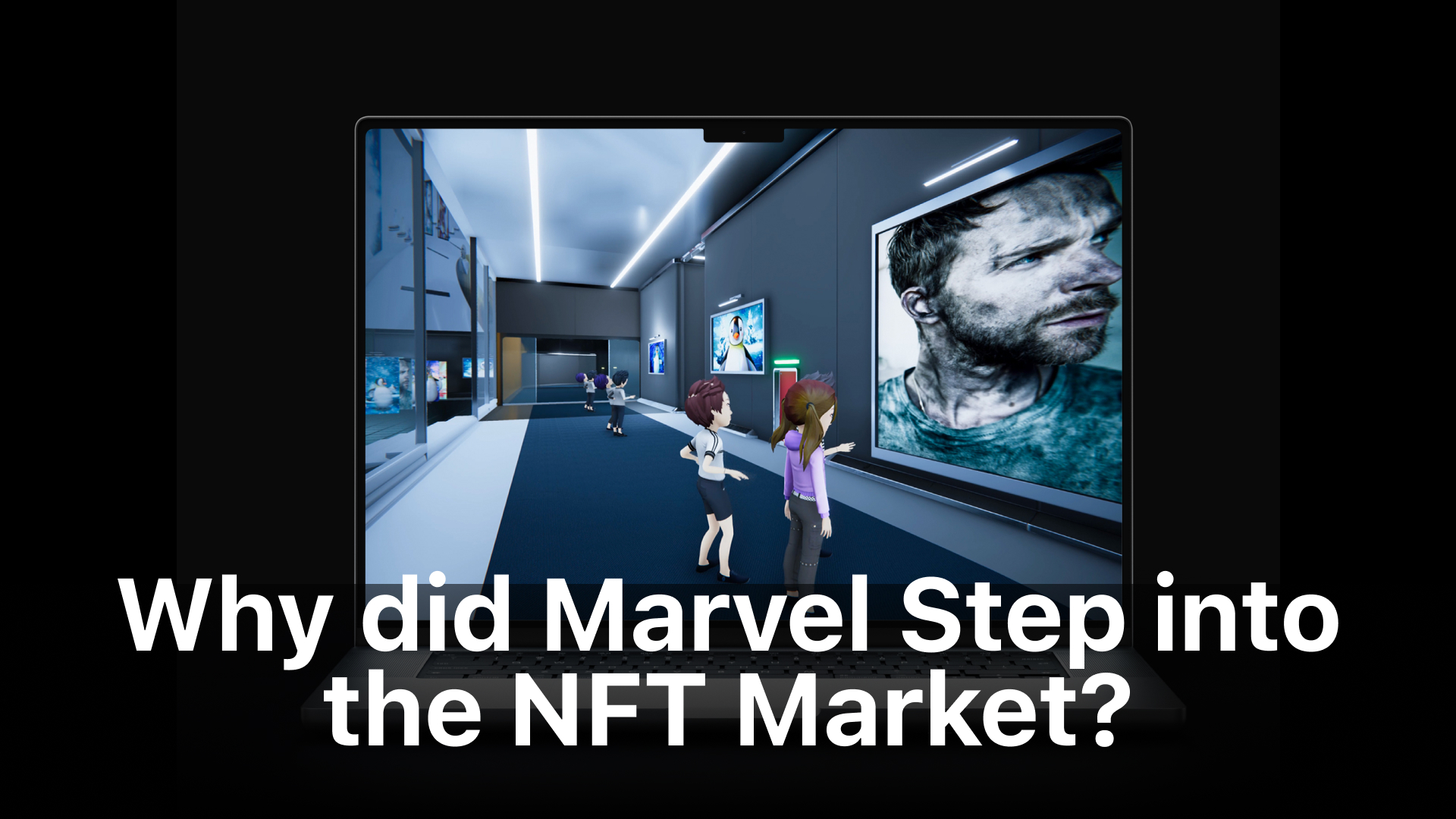 Why Did Marvel Step Into The NFT Market?

Creator of the Spiderman “Marvel Entertainment” has made a superb entry into the NFT Market as an Investor. …
byAdeel Shafiq
No comments 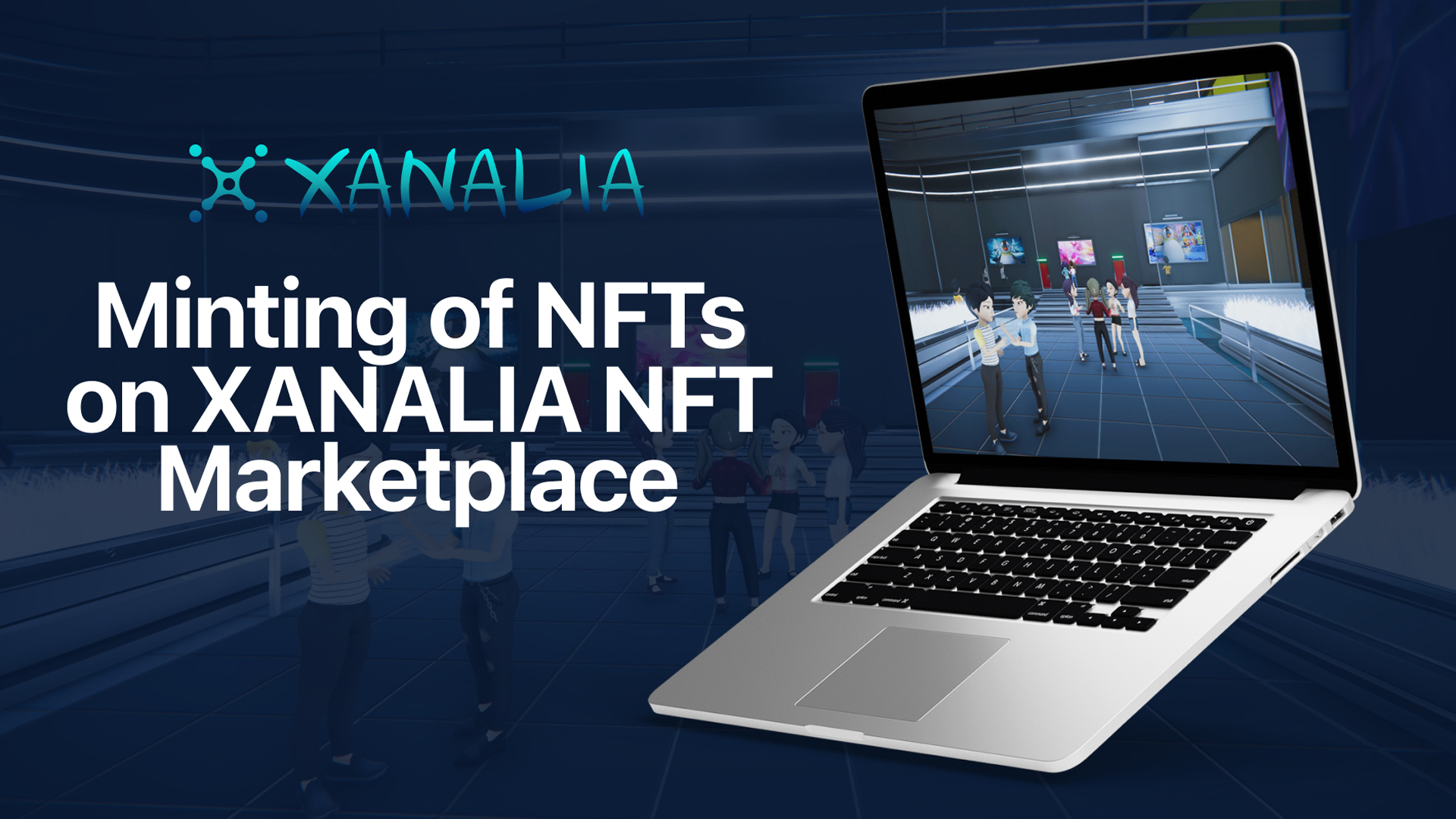 How To Mint NFTs On The XANALIA NFT Marketplace?

In the last few years, NFTs have seen tremendous popularity due to their benefits. NFTs are digital assets…
byAamir Ilyas
No comments 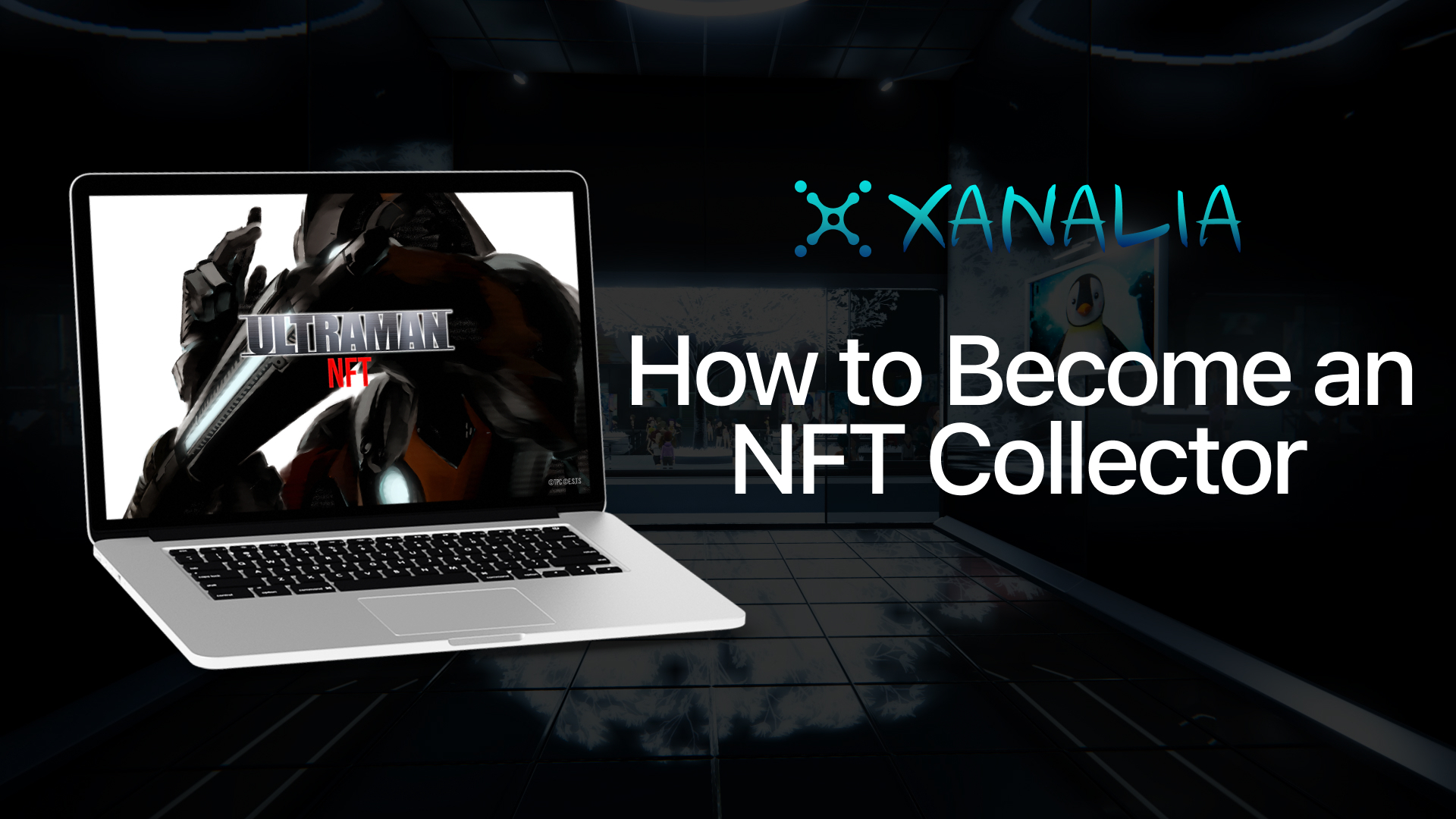 How to Become a NFT Collector in 9 Easy Steps?

The art collection is a relatively well-known hobby. People collect art pieces if they like the art or…
byAamir Ilyas
No comments